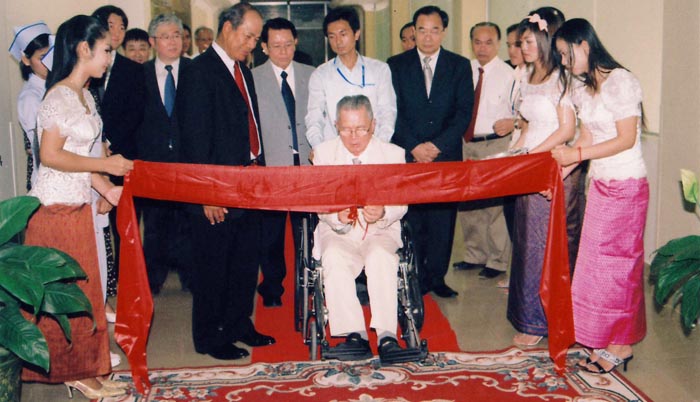 The inauguration of the Cambodia – Japan Friendship Blood Purification Center was held on 9th March 2010. H.E. Ouk Rabun Minister Delegates, Personal Advisor to Samadech Akak Moha Sena Padei Dechor HUN SEN – Prime Minister of Kingdom of Cambodia, Secretary of State, Minister for Economy and Finance was the Chief Guest at the occasion. The program started with the arrival of Chief Guest at 03:00 pm and the audience including the guests warmly welcomed the Chief Guest. The National Anthem of Cambodia was played. After the national Anthem, The host got permission from H.E. Ouk Rabun to precede the activity.

Dr. Hideo Hidai Executive Director – NGO Ubiquitous Blood Purification International Japan was invited next to the speech of the Lok Chumteav Ouk Ravin. He was represented by Dr. Haruki Wakai. In his message, he felt satisfaction over the completion of the center and hope that Cambodia – Japan Friendship Blood Purification Center will bring smile to the faces of the patients. He thanked the management board for their continued hospitality and wished that he will continue his visits to this country. He mentioned about the countries where Ubiquitous Blood Purification International Japan is working and the dialysis units are functional. He also mentioned about the good behavior of the doctors during the training session in Japan.

H.E. Ouk Rabun was invited for vote of thanks. He mentioned that the Cambodia – Japan friendship is exemplary in this region and thanked the government of Japan and the people of Japan for establishing this center at the Sen Sok International University Hospital. He mentioned that this center will remain as a friendship monument between the 02 countries. H.E. Ouk Rabun requested the Japanese friends to continue their support and donate more dialysis machines in the future for the increase number of patients especially patients vesting with HCV and HIV/AIDS.

After his speech, the exchange of gifts was taken place between H.E. Ouk Rabun and Dr. Hideo Hidai. Dr. Hideo Hidai also distributed the certificates to the doctors and staff that were trained in Japan for dialysis. All the Guests then left with H.E. Ouk Rabun for officially inauguration of the center at the first floor of the Sen Sok International University Hospital.
The chief guest visited different sections of the center and met a patient in the dialysis center. The patient told H.E. Ouk Rabun that he is satisfied with the environment and standards of the center. The guests were offered refreshment at the end of the ceremony. The chief guest then departed at the end of the ceremony. (Cambodia hospital events.) 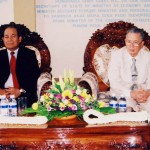 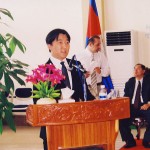 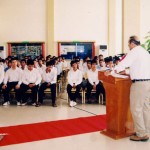 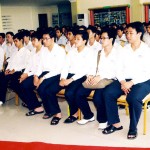 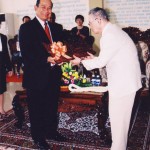 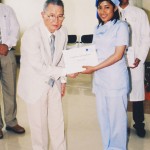 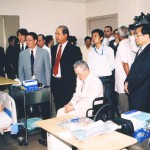 This entry was posted in News & Events. Bookmark the permalink.